The Sequel to Uncharted Destiny is here… Destiny Unfolds

Lexie Murphy and Zack Scott are best friends. They have worked together to solve an international mystery and now education and Missions have separated them for over three years. They find their ways back into each other’s lives and fall in love. Because of their skills, they are sought out to solve yet another crime and recover stolen art.

Three and a half years ago, two families converged on an adventure to begin to heal a nation. Lexie and Zack helped solve and uncover some stolen art which an ancestor of Zacks was forced to hold in secret for the Nazi regime over 85 years ago. All these years, the secret, only known to undesirables, was hidden in the Scott mansion. Solving further mysteries was put on hold as Lexie pursued her art history degree at BYU and Zack served a full-time mission in Hamburg, Germany, the home of his ancestors. They return the same week and discover their friendship once more. 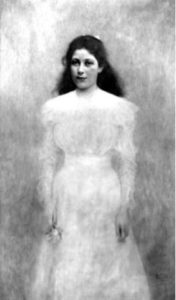 On their wedding day, Zack and Lexie find a picture that closely resembles one from 1899 painted by Klimpt, a post-romantic successionist  artist, who painted this picture named, “Trude”.               They don’t have time to find out if their discovery is indeed a true find from stolen art in 1945, but they have confidence they will find some more on their next mission to Argentina for the CIA.  Their Detective friend, who paid for their honeymoon to Argentina as a special undercover assignment,  says he’ll get someone to analyze it immediately.

Follow Zack and Lexie on their adventures to find lost treasures and return them to the descendants of the former owners.

Exploring the mysteries of communication through  love and marriage, they solve a crime for local Detective Young, who is also doubling as an undercover operative for the CIA. He sees an opportunity for Lexie and Zack to do some recon in Argentina where Scott’s former butler has put down roots after a brief stint in jail.  Detective Young offers to pay for their honeymoon wondering just what will they discover? All over the world, lost art is truly emerging from 1945, even as of this writing, valuable classics are being returned to the descendants and museums in the very cities where innocent people were senselessly murdered. Join Lexie and Zack as they try to give back to the world by uncovering lost treasures from the past. Smuggled to Argentina by escaping fugitives from World War II War Crimes, SS Officers hid millions of dollars in currency, gold, and stolen art in an effort to hide, and recover someday with a plan to use the funds to create the Fourth Reich. Thank heavens, it never happened, but the art has been missing all these years!